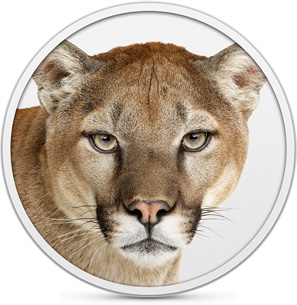 Although the developer preview version has been available for a while now, it’s been announced that Apple’s latest operating system, OS X 10.8 Mountain Lion, will be officially released to the public today for download from the Apple App Store. UK users will be able to get their hands on the latest big cat for £13.99, which is the cheapest OS X upgrade yet.

Anyone who has bought a new Mac from Apple or one of their authorised resellers since June 11th 2012 will be eligible for a free upgrade from Lion to Mountain Lion via the App Store. You get 30 days from the launch date (today) to apply for the upgrade, and I’ll be taking this route myself, so I’ll let you know how it goes.

UK users can expect to see the new OS in the App Store later today, in view of the time difference between here and the US Pacific coast. In the meantime, to find out which of your apps will be compatible ahead of the launch, why not check out the fully up-to-date compatibility list at http://roaringapps.com?

*Update: As of 2pm GMT, Mountain Lion is available for download from the Mac App Store.  The above-mentioned link for free upgrades for qualifying recent Mac purchasers is also now active. Go get it! Rowr!!